The origin of the name: First wroten relic from 1262 IGKU (  Saint Stone ) the name in German is the same Heiligenstein. this name come fom  ancient hungarian language that means saint or God. So the story runs, they found a paganish sancrificial stone and built it in
to the altar of the christian church, its magical force to vindicate God’s house.
Hegykő  located in the middle of the hungarian lakeside of the Neusiedler Lake (  Fertő –tó ).
Hegykő is the stamping ground the visitors who wants to know this area. The  varied accomodation offers from villager guesthouses to wellness Pensions reach out. Each guest can
find something to one’s taste. Our thermal Bath ( Spa ) is also a great fascination for the visitors who looking for healing and recreation, open in whole year. We get the thermal water
from deepness of 1434 m, with 55 °C to the spa.
For your pleasure are the festivals  in may  Gastronomical and  Wine Festival and from the second Friday of July the Ten fountain festival with art exhibitions, concerts and many other events , in August The Rollick of Hegykő,

Memorial place of the iron Curtain in Hegykő 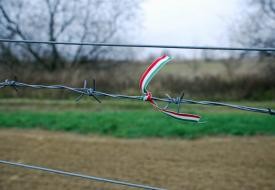 About the Iron curtain

The Iron Curtain was the most striking symbol of the division of Europe into two parts after World War II. That phrase that has since become widespread was first used by Winston Churchill on March 5, 1946 in his speech in Fulton, Missouri. At the end of the 1940s the frontiers were closed all along the Western border of the area under Soviet control to prevent the population from escaping.

The order to build the Iron Curtain along Hungary’s western borders was emitted in May 1948. A year later the construction of the 1000 kilometer long wire fence began, with mined stretches behind it in several sections. The landmines were removed between 1955 and October 1956. This is how it became possible for about two hundred thousand 1956 freedom heroes to leave Hungary for Austria and Yugoslavia.

Those who lived within the 15 kilometres (9.3 mi) border-zone needed special permission to enter the area within 5 kilometres (3.1 mi) of the border. The area was very difficult to approach and heavily fortified. In the 1950s and 1960s, a double barbed-wire fence was installed 50 metres (160 ft) from the border. The space between the two fences were laden with land mines. The minefield was later replaced with an electric signal fence (about 1 kilometre (0.62 mi) from the border) and a barbed wire fence, along with guard towers and a sand strip to track border violations.

Regular patrols sought to prevent escape attempts. They included cars and mounted units. Guards and dog patrol units watched the border 24/7 and were authorised to use their weapons to stop escapees. The wire fence nearest the actual border was irregularly displaced from the actual border, which was marked only by stones. Anyone attempting to escape would have to cross up to 400 metres (1,300 ft) before they could cross the actual border. Several escape attempts failed when the escapees were stopped after crossing the outer fence.

The Hungarian outer fence became the first part of the Iron Curtain to be dismantled. After the border fortifications were dismantled, a section was rebuilt for a formal ceremony. On 27 June 1989, the foreign ministers of Austria and Hungary, Alois Mock and Gyula Horn, ceremonially cut through the border defences separating their countries.

The creation of these highly militarised no-man's lands led to de facto nature reserves and created a wildlife corridor across Europe; this helped the spread of several species to new territories. Since the fall of the Iron Curtain, several initiatives are pursuing the creation of a European Green Belt nature preserve area along the Iron Curtain's former route. In fact, a long-distance cycling route along the length of the former border called the Iron Curtain Trail (ICT) exists as a project of the European Union and other associated nations. The trail is 6,800 km (4,200 mi) long and spans from Finland to Greece 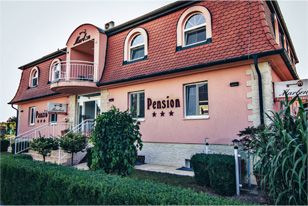 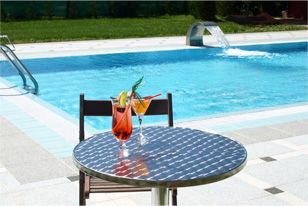 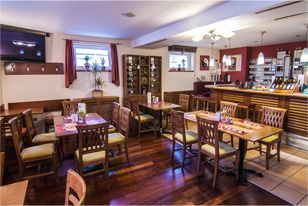 Plan your travel form home to our pension!